The dreamlike kimonos created by Takeko Okayama are original in their use of soft tinted colors. As a female artist, Okayama is developing kimonos that will make the women wearing them look beautiful. Her masterpieces are “Weeping Cherry Blossoms” and “Takeko Gradation.” By actively spreading her work in the Paris Collection and other fashion scenes around the world, Okayama has made “Takeko’s YUME (Dream) Kimono” the representative brand of OKAYAMA-KOUGEI. 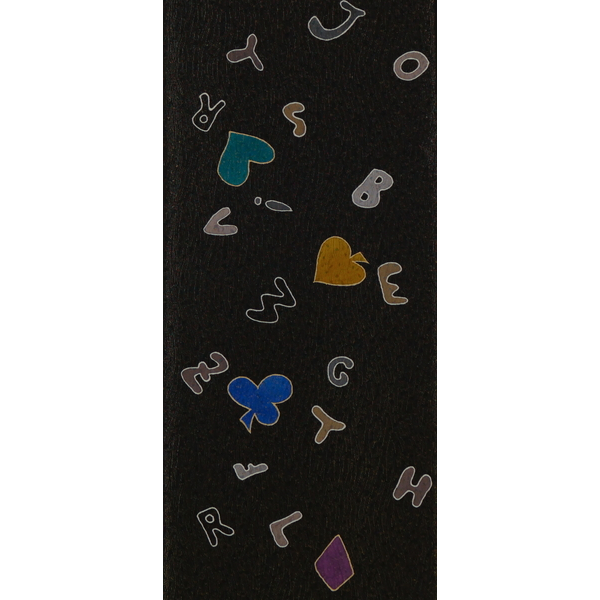 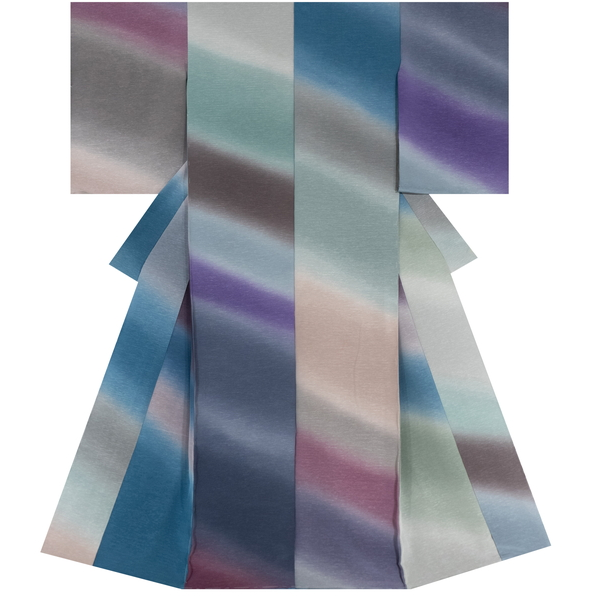 1943 – Takeko was born in Nihonbashi, Tokyo. She later moved to Kyoto due to her love for Kiyomizu pottery houses. 1958 - Joined the porcelain painting department at Ozawa Studio on Higayshima Gojo hill, where she worked painting on pottery. 1964 – Began independently studying dyeing and weaving due to a new fascination with the Kyoto Yuzen-style. 1982 – Joined the Kyoto Yuzen convention and received an award for her work. March 1994 – Was designated as a “Traditional Master Craftsperson” by the Minister of Economy, Trade and Industry, making her the first woman in Japan to receive the honor. Together with fellow master and husband Kozo Okayama, they became the first couple to have master titles.
March 1997 – Takeko’s YUME Kimono appeared in France’s “Paris Collection” thus gaining popularity. August 2000 – Takeko selected to be the artist for the 400th anniversary project commemorating relations between Japan and the Netherlands and held a kimono exhibition in Middelburg in the Netherlands. 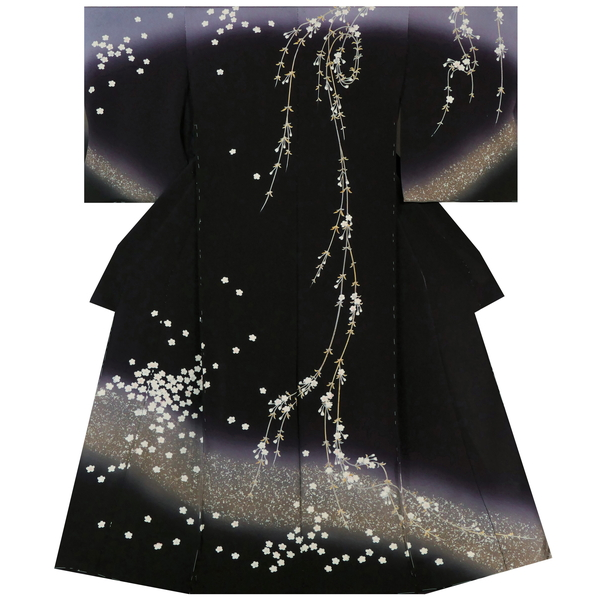 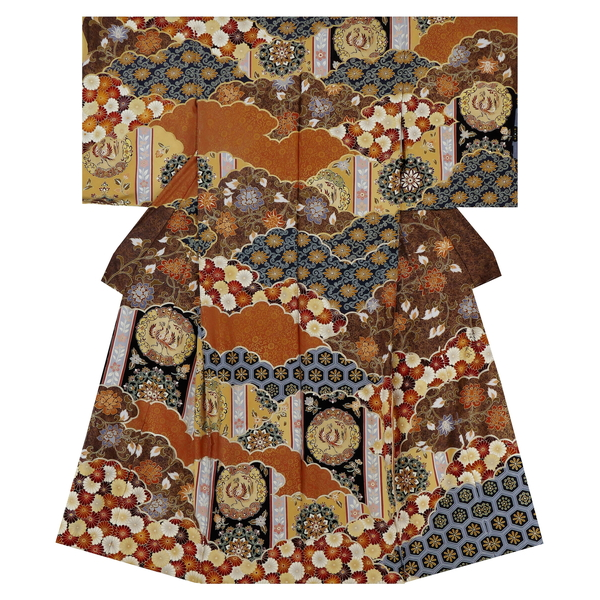 2002 – At the request of the city of Kyoto, Takeko made a kimono under the theme of “World Water Forum.” February 2003 – Participated in the Kyoto Yuzen Association’s competition and received an award for her work. November 2006 – Recognized by the City of Kyoto as a superior craftsperson of traditional arts and crafts and received the title of a Kyoto and Yuzen Master Craftsperson.
Takeko has been creating her own original brand for more than 60 years while training her many apprentices. The soft colors of the dreamlike kimonos have made them popular around the world, earning awards in various fields. 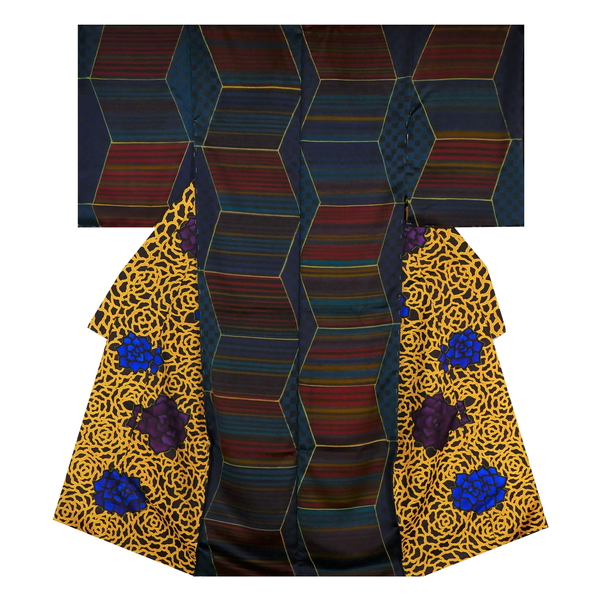