The History of Kyoto Yuzen

The technique of dyeing has been handed down for more than 1000 years, but Yuzen-style pattern dyeing is said to have been established during the Edo Period (1688-1703) by Yuzensai Miyazaki, who was well known in Kyoto for his artwork on folding fans. 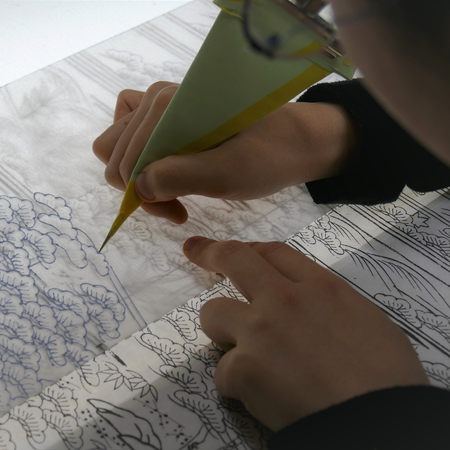 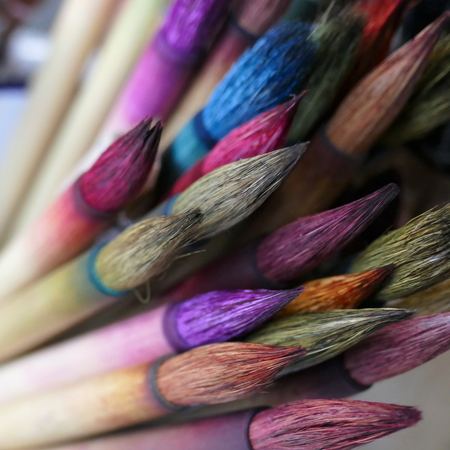 It is said that Miyazaki’s introduction of his original painting style on folding fans was the beginning of pattern design dyeing and that combining various techniques, Miyazaki created the foundation for “Yuzen hand- painted style.”
In the mid-Edo Period when the merchant culture flourished, the colorful Yuzen-style kimonos with their elaborate designs became quite popular. In the Meiji Period, during which chemical dyes began to be used, mass quantities of duplicates were developed. This process is known today as Katayuzen, or stencil Yuzen dyeing. 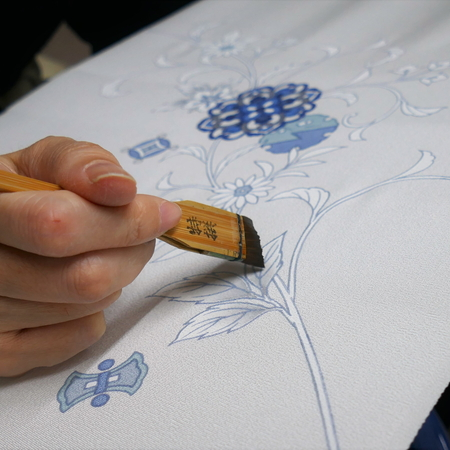 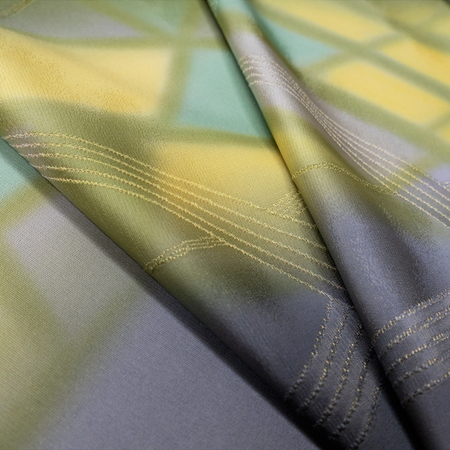